Memory of The Land. Perth, Australia

Memory of The Land. Perth, Australia 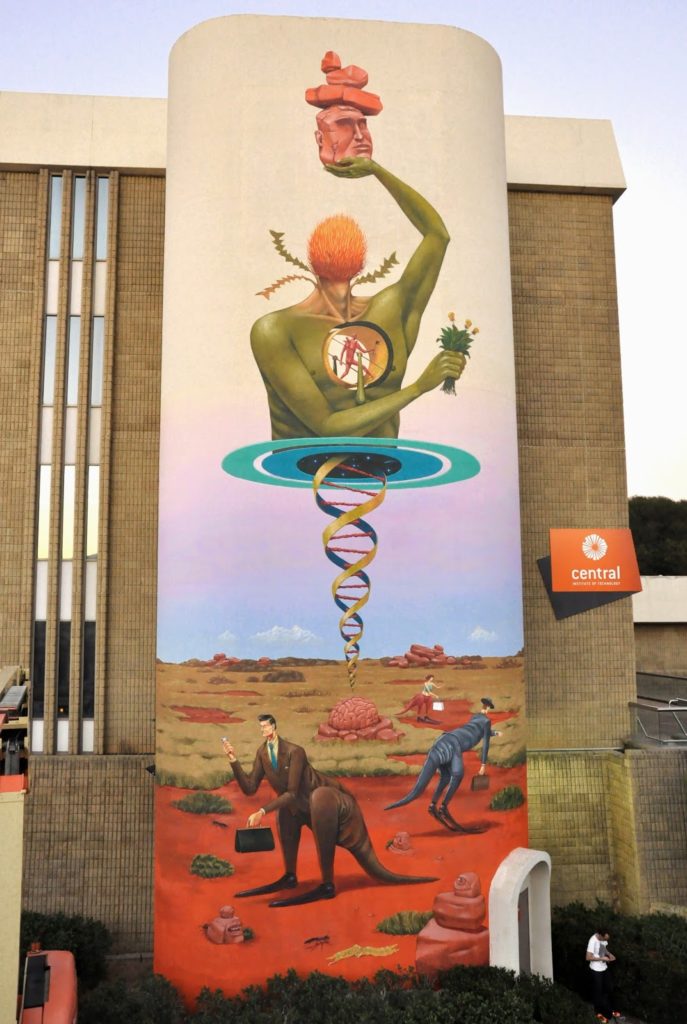 My work depicts the contrast between the past and the present, between precolonial and colonial times of the country. Right in the centre,  there is ‘Banksia flower’ – the human, who symbolizes an aboriginal man.  Banksia is the plant which comes from the  western part of Australia and still coexists in harmony with the nature. In the center of the human body, there is a red running man in a spinning wheel, that’s symbolizes unstoppable heart and has the key to the eyes of the rock (head), that Banksiaman holds in his left hand.
Rock – head and other stones symbolize eternity, memory and the highest spiritual mind.
The buttom of the mural symbolizes modern time, starting  from colonization.
Kangaroo – humans symbolize modern population – new aboriginals of Australia. Their main interest are business, fashion, consuming and natural environment exploitation , like all other representatives of modern consuming civilization on The Earth.
Banksia man holds flowers – skulls in his right hand, it symbolizes native aboriginals souls – the victims of colonization . 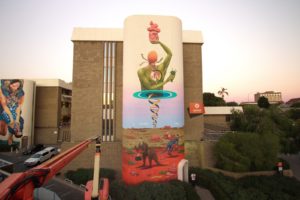 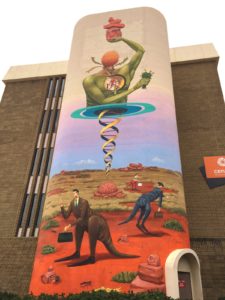 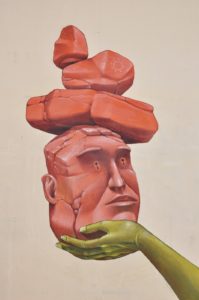 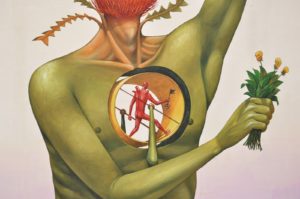 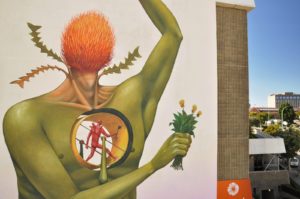 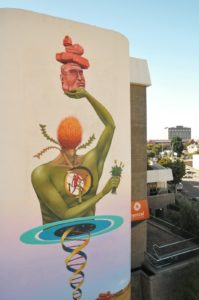 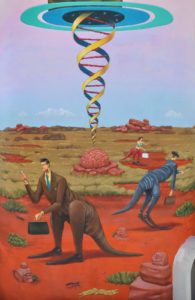 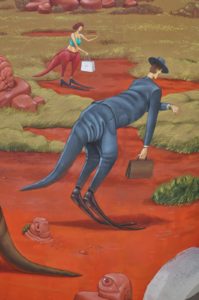 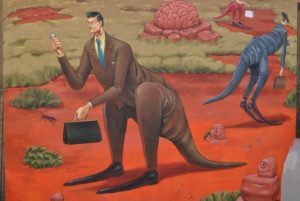 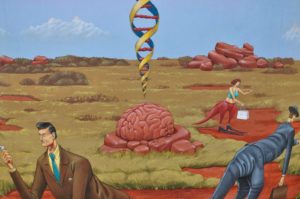 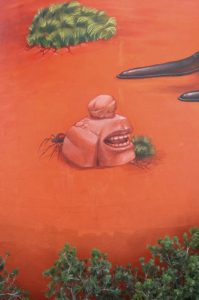 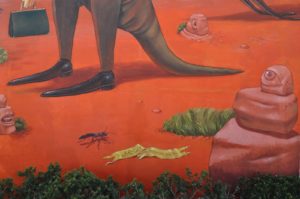 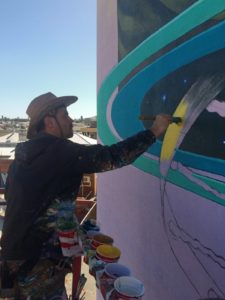 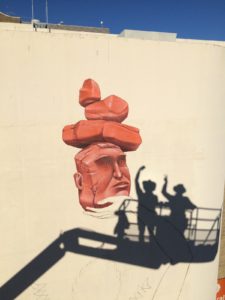 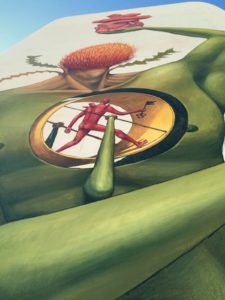 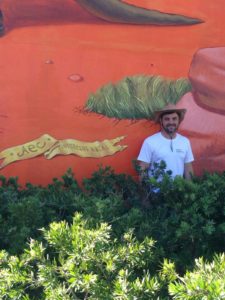