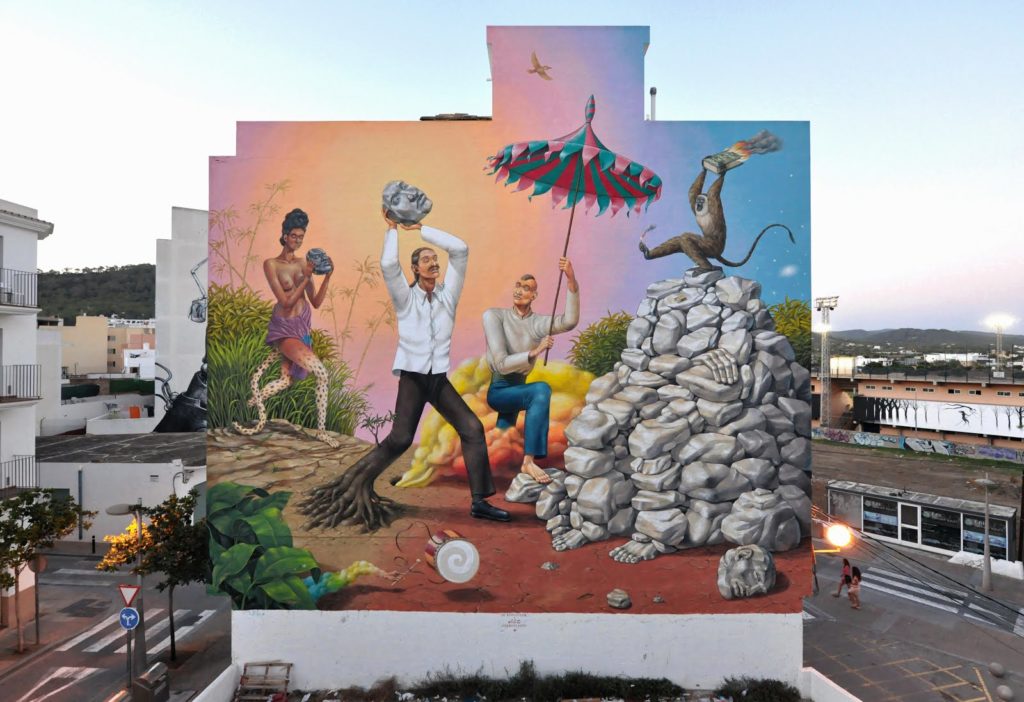 This mural depicts my vision of revolution.  Stone heads is a symbol of  government  and a pile of stones (body) symbolizes society and the structure of the country.  Monkey is holding the burning book “Origin of Species” by Charles Darwin. It is a symbol of revolution because negation of idea of evolution is revolution itself…
I was inspired by recent events in my country, which experienced  two revolutions in past 12 years… Officially, government and president  were changed but all the society and structure of the country almost remained the same – corrupt politicians only changed their look and took on patriotic colors. People got illusion of freedom, but in fact, they are controled by corrupted politicians and businessmen who had actually ruled the country before revolution and continue to do it now, covering themselves with ‘patriotism’ and using  the war like a tool for manipulation. 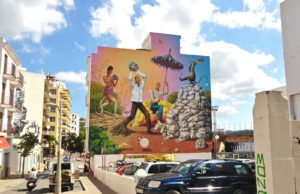 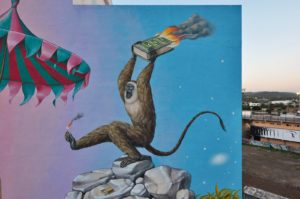 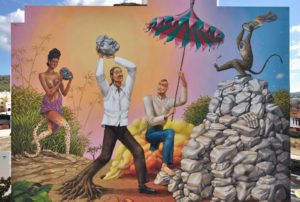 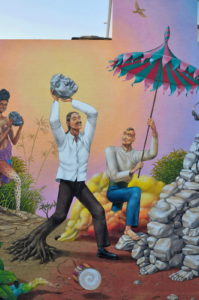 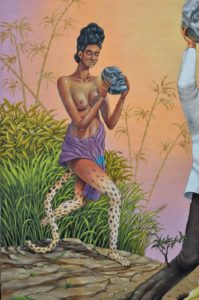 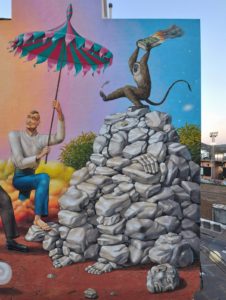 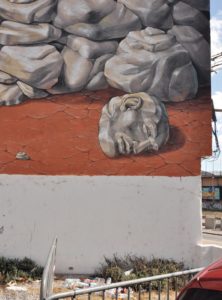 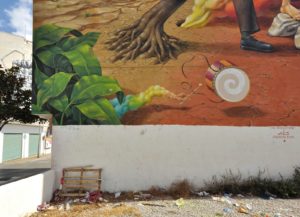 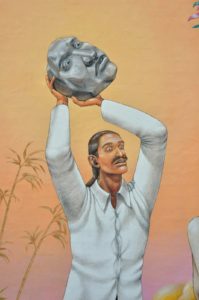 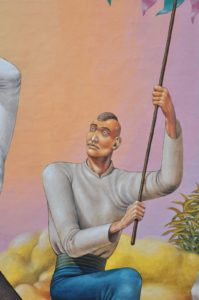 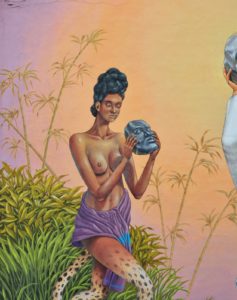 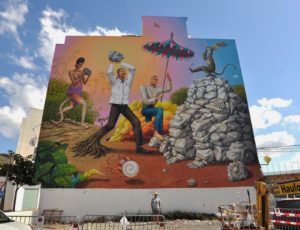 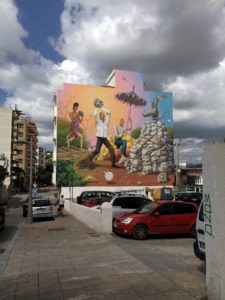 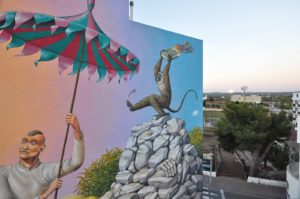 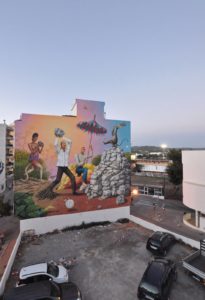 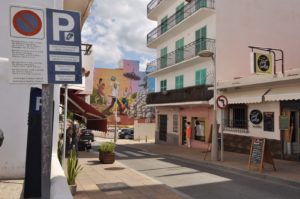